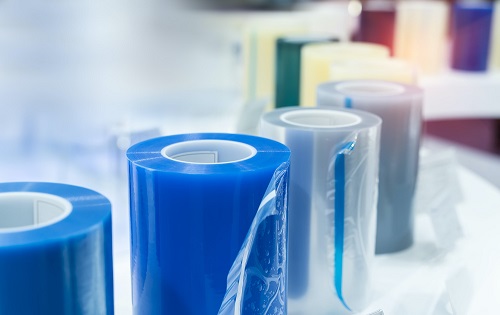 Polythene can get a bad rap in the UK, especially as people become increasingly environmentally-aware. As a plastic, people can sometimes shy away from its use. However, polythene has many uses and can actually help the environment in several ways. It’s a popular product for use in the food industry, particularly for purposes such as preserving food and packaging. By using polythene packaging and products, businesses can have a positive impact on the environment. In fact, in some cases, using polythene can be the greener choice compared to plastic alternatives, such as paper.

These are some of the ways that polythene is used to preserve food and contribute to protecting the environment.

Food-grade polythene is the material that is used for food packaging. It must be up to standard so that it can come into contact with food and drink, requiring it to meet rules set out by the Food Standards Agency (FSA). Manufacturers should hold an ISO 9000 to ensure their products meet the necessary standards.

Polythene offers one benefit to the environment by helping to reduce food waste. It does this in a couple of ways. Firstly, using polythene to package food helps to increase the shelf-life of that food. According to the British Plastics Federation, barrier plastics can typically provide 18 months of shelf life to food, avoiding the need for preservatives. This not only reduces food waste by helping food products to last longer but also means there is no need to add undesirable chemicals to food to preserve it.

Polythene can also help with food waste by helping to make it possible to sort different types of waste. Clearly marked food sacks and bags allow food to be separated from other waste so that it can be sorted and recycled or reused correctly. This might mean that it is composted, used as animal feed, or even turned into energy. Polythene sacks can also be biodegradable, helping them have even less impact on the environment.

Reduction of Energy Use

Polythene can also be the superior choice for use in the food industry through its energy usage. While polythene is often regarded as being less eco-friendly than alternative materials, it actually uses less energy. In fact, alternative packaging materials could take twice as much energy. In addition, they would result in 2.7 times as many greenhouse gases emissions over their lifetime compared to plastics. Plastic is made using a by-product of oil refining, meaning the manufacturing process makes use of waste.

Reducing transport costs offers another excellent benefit of polythene in the food industry and beyond. Plastic weighs less than many alternative packaging materials, meaning it costs less to transport. It also takes up less space – one lorry can carry the same amount of bags as seven lorries of paper bags. A 20-foot container can hold 2.5 million plastic bags, but just 30,000 cotton bags.

Polythene is used to preserve food, reducing waste for a positive impact on the environment. It also uses less energy and can be transported in lighter and more compact loads compared to many alternatives.