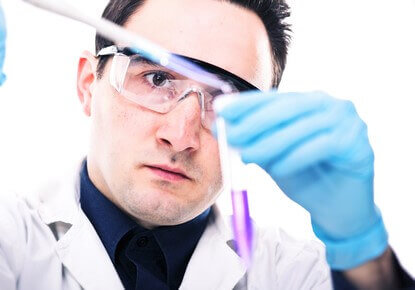 Polythene is the 83 year old innovation who’s first major conquest would be in the fight against Germany in WW2 before going on to shape the worldwide future in packaging.

Polythene’s story began in 1899 when German scientist Hans Von Pechmann, quite by change found himself with a waxy residue at the bottom of his test tube.  The product formulated that day was almost identical to the chemical we know today and it was named polymethylene.  However, unlike polythene this waxy resin was not versatile enough to make hardy and filmic plastic, therefore very little of it was made.

Polythene as we know it

It was not until later in 1933 that polythene as we know it was born when Eric Fawcett and Reginald Gibson of ICI were experimenting (explosively so) with gases under high pressure and found themselves with a waxy solid in their reaction tube.

Two years later ICI began to develop on an industrial scale resulting in it being used for the first round-the-world telephone cable.  Polythene then went on to take a crucial role in the Second World War where it was found to make the perfect insulation for radar equipment which had previously been hampered by power loss.  The British Forces now found they could reduce the weight of their radar equipment enabling them to place radars inside fighter planes.  This provided an enormous technical advantage in long distant warfare, most significantly in the battle of the Atlantic against German submarines.  Ironically the Germans (having discovered this product in it’s early stages) were only able to use a bulkier insulating material for their radar, which was less effective.

75 years on from Gibson and Fawcett’s explosive experiments polythene is used in an array of application from supermarket bags to bullet proof vests, and as flexible packaging it has helped change the nature of food packing.