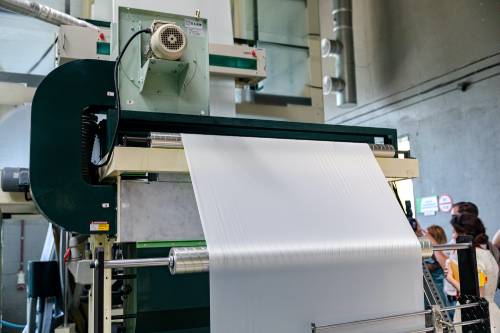 Eco-friendly and polythene in the same sentence sounds like an oxymoron, doesn’t it? How can a plastic, that is made from oil, ever be environmentally friendly or sustainable?

Well, we think it can be. And we also think it is really important to educate people on the products that we produce and the steps we take to make sure our products are as sustainable and gentle on the environment as they can possibly be. After all, we live on the same planet, and we want to see some vast improvements to the environment and the climate during our lifetimes and in the future.

Here, we are going to look at how polythene can be an environmentally sound choice and the options that are available to you.

What is polythene made from?

Polythene is the most commonly used and most widely produced polymer in the world. There are three main types of polyethene; Low-Density Polyethylene (LDPE), High Density Polyethene (HDPE), and LLDPE(which is a combination of the previous two).

It is found in innumerable everyday objects and is one hundred per cent recyclable as well. Polythene is known for its durability and lightness and is used in plastic bags, bottles, lids, pipes, containers and more. It is such a commonly used substance that we all come into contact with it multiple times a day, which makes it easy to forget about and take for granted.

The material is made from natural gases, which are pumped into the processing plant. It is an abundant natural material, and one that is easy to transport, so often, there are fewer air miles involved with the transportation of raw materials.

Polythene can be compostable. Think about those bags that you use to line your compost bin or food waste bin in your home? They are compostable. This means that break down into carbon dioxide, water, and biomass at the same rate as cellulose. They also leave no toxins behind, distintigrate and become indistinguishable in compost. Pretty cool, right?

The main use for compostable polythene is food waste bags, but more and more manufacturers are looking at using it for things like magazine covers. Of course, there are some things that it is still not suitable for, but it is getting there!

Biodegrable plastics are plastics which break down or decompose in the presence of air and sunlight, due to the action of living organisms such as bacteria. However, they do leave certain compounds behind that are not organic, so they never truly disappear.

The issue with biodegradable plastics is that they can’t be recycled alongside normal plastics, so are tossed into the normal rubbish, which goes to landfill. Without air and sunlight, or particular chemicals, they are not going to break down, so hang around together. Does this make them any more eco-friendly? Perhaps not, but if disposed of properly, they can be.

Single use, or reusable?

There is a three level hierarchy when it comes to being more sustainable: reduce, reuse, recycle. The first option is not to use anything at all, but in some cases, that just is not possible. The second tier is to reuse, and this is an important point we need to look at.

A standard polythene bag can, depending on what it has contained previously, be used time and time again. Think about your bags for life from the supermarket, which you reuse until you can reuse no more. That is the aim – to produce good quality, reusable material that does not need to be thrown away after it’s first use.

Then, we get down to the recyclable tier. Polythene is completely recyclable and can be recycled multiple times, more than paper, whose fibres weaken and degrade. Black plastic containers can be turned into black bags, for example.

However, when it comes to recycling, HOW you recycle is important. If you do not recycle them correctly, they are going to end up in landfill. If they go to landfill, it does not matter whether they are standard polythene, compostable, or biodegradable – they are going to be hanging around for a very long time.

The first option is to use the bags for as long as possible. When they are past use or you no longer need them, you can take them to your local supermarket, as most have bag recycling points.

Compostable bags need to be disposed of carefully too. If your council offers food waste recycling, they can go in there or use an at home composter.

Biodegradable bags are the most challenging ones as they need to be disposed of carefully to ensure the conditions are right for them to break down. These means light and bacteria, or particular chemicals.

There are eco friendly polythene options out there – but be careful to choose the right one for you and to dispose of them correctly.

This website uses cookies to improve your experience while you navigate through the website. Out of these, the cookies that are categorized as necessary are stored on your browser as they are essential for the working of basic functionalities of the website. We also use third-party cookies that help us analyze and understand how you use this website. These cookies will be stored in your browser only with your consent. You also have the option to opt-out of these cookies. But opting out of some of these cookies may affect your browsing experience.
Necessary Always Enabled

Any cookies that may not be particularly necessary for the website to function and is used specifically to collect user personal data via analytics, ads, other embedded contents are termed as non-necessary cookies. It is mandatory to procure user consent prior to running these cookies on your website.