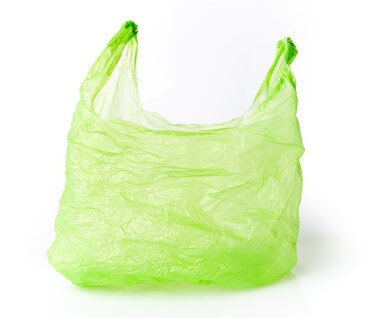 A new law regarding plastic bags was enforced in October last year: Shops in England are now required to charge 5p for each single-use plastic bags. While this has created a stir, it is a very environmentally friendly decision.

The aim is to reduce use the amount of waste that carrier bags can create. By charging for the bags, people are expected to be more inclined toward re-using bags. When people re-use the same bags, litter rate is reduced.

The rule of charging for bags is applied to any big retailers who have 250 employees or more. In addition to leading supermarkets, various other shops have to abide by the law. The smaller businesses can participate in this notion voluntarily but they are not bound to.

It has been seen that more shoppers tend to avoid the added cost of bags and bring their own bags to carry their purchases. Some of the stores have introduced the option to buy better reusable bags. These bags are being called ‘bags for life,’ and if you buy the bag once, you can claim a replacement whenever the bag wears out.

In general, the retailers have to charge 5p for each bag but there are some exceptions. Read on to see when you are not required to pay for your bag:

Even though stores or shops are not required to impose charges on the aforementioned bags, it is still up to each store to decide whether they want to charge customers or not.

It has been thought that shops cannot charge for bags if it has the shop’s name on it, but again it is up to each individual store.

The Law Can Reduce Littering and Pollution Significantly

In 2014, supermarkets in England gave out 7.6 billion plastic bags to customers. This means, on average, each customer took 140 bags. This number was increasing each year, so it was time something was done.  As some people do not take responsibility for their rubbish including plastic bags, the litter was evident across many towns and many people were not recycling.  So in essence to stop the phenomenon it was time to change the law.

It is expected that the direct charging of plastic bags will show great result within a year. It is important to understand that the charges do not count as tax. The money does not even go to the government, but it is a measure to raise awareness.

Millions of pounds are being generated from charging the bags, the retailers are expected to donate all the proceeds to different good causes which is great for charities and the like. It is up to each retailer to decide what cause they want to contribute to, so maybe customers can have a say in this!

As each retailer will have to report the amount they generate to the government and also mention what they wish to do with the money it will be interesting to see the outcome of this as the government will publish the information every year.