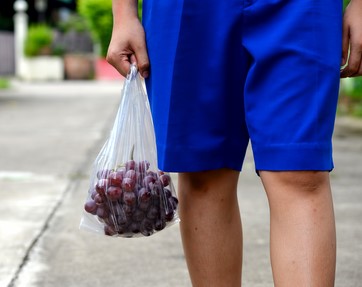 The polythene bag, known to many of us as the plastic bag, is ubiquitous with modern living, and has a multitude of uses. Yet, considering this humble bag is so useful, it has such a bad press. The use of plastic bags has been seen as ecologically unfriendly. Yet the polythene bag, if used correctly, can be a positive form of packaging for everyone, both retailers and customers, and even the environment. So read on and see why the plastic bag is such a useful tool.

As a packaging product, they are lighter and cleaner than their counterparts of paper or cloth. Polythene bags are cheaper on the production line, than their bags on the market. Cloth bags can become a home for bacteria, if you don’t clean them regularly. The polythene bag is much more durable than paper, with less chance of tearing, especially in the rain, extending their life to be used over and over again.

Now is the time to look at just how versatile the polythene bag really is, and see how it can benefit our daily lives:

Despite the belief that polythene bags are bad for the environment, they can actually be better than the alternative. Because they are so much lighter, they take up less space in the landfill sites than paper. Further, polythene bags pollute less in production, using less energy than it does to make paper bags. There are problems, regarding biodegradability, but with a good strategy for recycling, this could be less of a problem than it is at present. There are estimated to be a trillion plastic bags worldwide, so they are here to stay. If everyone made the effort to recycle all plastic, this material could then be re-used to make new bags, all over again. By doing this simple task, it would soon make polythene bags an Eco-Friendly product.