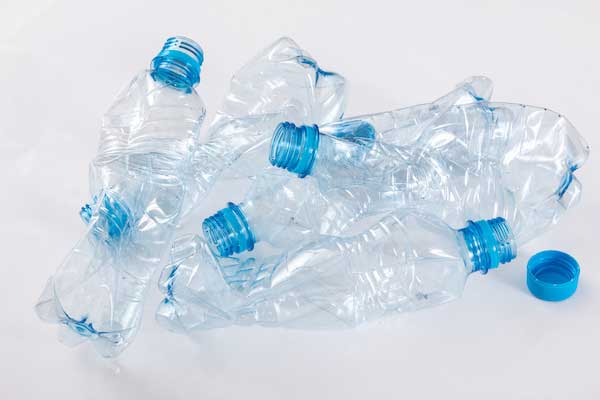 A mutant enzyme that can break down plastic bottles and containers has been making the news lately. This plastic-eating protein could revolutionise the recycling of plastic and allow for the full recycling of PET bottles.

The unwitting breakthrough by British scientists at the University of Portsmouth began when they were carrying out tests on a bacterium that had been discovered at a waste site in Japan. It had evolved naturally to eat plastic and while the British scientists were tweaking the molecule to try and understand how its evolution came about they accidentally further improved the enzyme’s capabilities as far as breaking down plastic bottles was concerned.

The scientific research was published in the Journal Proceedings of the National Academy of Sciences. The scientists used intense X-rays (10 billion times brighter than the sun) to look at the enzyme’s individual atoms. The structure turnout to look very much like that which has evolved to break down cutin on plants (this is a natural polymer forming a protective coating) but during experimentation to investigate this similarity the enzyme’s ability to eat PET was improved.

PET (polyethylene terephthalate) plastic is one of the most commonly used plastics used in the food and drink industry, making up the packaging around 70% of juices, soft drinks and mineral waters. Although highly recyclable, it usually takes centuries to break down naturally in the environment. However the mutant enzyme created by the scientists only takes a few days to start breaking down the plastic, and they are hopeful that they can tweak it further to make it work even faster. Its ability to eat PET was unwittingly improved by 20%, so with focused research its speed could increase significantly.

It is also hoped that it can be further improved by putting the enzyme into bacteria that can survive 70 degree C temperatures and above. At this temperature PET moves to a viscous state so could possible be broken down ten to a hundred times faster still.

In addition to speeding up the breakdown of the plastic , another advantage is that it will allow for plastic to be fully recycled. Currently plastic is recycled into clothing and carpets but this discovery could allow it to be made into new clear plastic bottles, making a real impact on how much new plastic will need to be produced, while simultaneously reducing the amount of existing plastic in the environment. The scientist hope that ultimately it will become possible to break plastics down into their original components for truly sustainable recycling.

And as well as eating PET plastic, the mutant enzyme is also capable of breaking down polyethylene furandicarboxylate. This is a form of plastic that is being suggested as a substitute for glass beer bottles.

An advantage of using enzymes to break down plastics is that they are biodegradable themselves as well as being non-toxic and it is easy to produce them in large quantities by using micro-organisms.

Let’s hope that this is just the beginning of this promising breakthrough and that we continue to hear news about further advances with this new discovery.